Pramek for more than a decade, each year, has continued to create new content, new concepts, new videos and books. That’s a high bar for others to match and I’ve remained proud of it. We’ve changed…the difference in Pramek between 2005 to 2019 is night and day. We’ve changed how we use science, how we teach, how we fight, what we fight with and what we fight again. We’ve molded movement, we’ve influenced some of the top teachers in the sport and fitness world as well as the military and law enforcement industries. It’s been a fun, enjoyable ride. It’s had some great by-roads, as well. 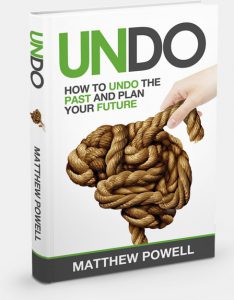 In 2016, when I released UNDO and started working what we internally call Project Pastless, I was taking a small step toward broadening the scope of Pramek into new areas.

In 2017, we continued creating new content, but Pastless fell to the side and was absorbed into Pramek; and in 2018 when CLM 4 released, the concepts of the Pastless were incorporated into the book but it went no further.

I say evolution because evolution is the by-product of adaptations over time – and at Pramek, we’ve adapted to the changing market in the products we have produced, the partnerships we have formed, the concepts we have espoused.

Many of you know that Pramek is one of my many pursuits. I have a career, I have side businesses, I hiked 2500 miles in 2017 (this year I’ve slacked, I’m on pace for about 1800). I’ve used Pramek in all of those because, to me, Pramek is a way to look at the world – it’s a viewpoint, a place to look out from. In my pursuits, personal and business, I have always looked at Pramek as a point of leverage on the Gordian knot that is life – it’s a stick to push in to that knot, to tug a little on the ropes, to make some room.

Over the past couple of years I’ve talked to a lot of martial artists around my age – they start when they are younger, they get to 40, they feel the aches and pains, and look to arts that are little more finesse, a little less brutal. When I ask them about their world outside of martial art, and how they apply the lessons to life – it’s usually something with fitness, yoga, etc.

But, remember those by-roads from above?

Sometimes the highways that everyone is traveling become so crowded that you take the by-ways, and eventually they become your primary route.  Let me explain what I mean. Breaking Balance was released years back – we were the original proponents of HEq in the West, we made fun of ‘triangle points’, we shot video after video, explaining HEq, teaching it.

And then, one day last year, an upstart RMA company with some good production videas, they shoot some free Youtube videos about ‘balance’- and before I know it, I am getting emails asking when did we train with those guys (most of whom are about 10-15 years younger than me) and how we need to stop copying their work. Considering we were talking about equilibrium a decade before they were even Kadochnikov students – but, you know, obviously we are the fakes, right, I mean – we aren’t Russian, after all.

That’s when it occurred to me…this highway has too many cars on it.

I was so busy on the highways that when I finally took an exit ramp – CLM, Pastless, etc., suddenly I was much happier on the by-ways and side routes than the highway.  I was making more meaningful impacts on people’s lives instead of debating whether something is Russian or if it really works with some moron on Youtube.

Only problem was…I didn’t embrace it.

I’ve embraced it – and what is created from it.