I’m gonna tell you a story…a story of having your ass put into gear by a rapper, 2Chainz. 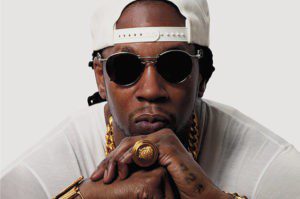 Many people know my background, but if you don’t, I spent a while on the road with Ludacris (the rapper) and his label on tours in the early 2000’s. I was part security, part personal trainer, and I learned more in those years than I ever thought I would. Business, personal relationships, how gossip causes problems you don’t expect, how to play chess (thanks Chaka), how the media works…so much learned.  All that outside of not getting kidnapped, fighting, Close Protection, and how to survive in a world that is not exactly set up for you, i.e., a white guy in a traveling group of 30 black guys. I was on Mtv, in magazines, I did what I could at a young age to maximize the experience for when the experience passed. Even today I stay connected with many of the people from that tour, and if I see them on the street, even the big rappers, I go over – say hello, and chat.

I developed a lot of good friendships in those years, one of which would end up putting me on the Atlanta map for music management years later as I signed a sought after artist and managed her. The other was a little less in terms of outcomes when it comes to immediate success, but long term, proved to be a very powerful motivator. That was with a rapper named Tity Boi (known to most people now as 2Chainz, one of the most successful rappers in the world). Tit (as we called him) was from a completely different world than I was. I was white, middle class, a bank account, listened to punk music and taught martial art; Tit had a bullet lodged in his foot, used a mattress in his mom’s house as his bank, grew up poor, and became a rapper. But we became friends, as I protected him on security details and acted as his trainer. We clicked, we got along, we had a lot of laughs, and though we came from two different worlds…we met in the one world that mattered: the world we were in at the time.

As I paid my dues in the corporate world and martial art world, Tit paid his dues in the rap world, and eventually found international success when he became 2Chainz. A decade had gone by, we didn’t really keep in touch.  While walking the dogs with my girlfriend at the time near Lenox, I saw what any music security professional would see when there is a lot of kids hanging out across the street from a hotel with their cell phones out…someone famous was at that hotel, and I decided to stop and look, examine the security going on.

And there I saw 2Chainz, with his family, in front of the hotel.

I told my girlfriend I’d be back, took one of the dogs, walked across the street and walked up to my old friend to say hello. We were both shocked, it had been so long since we had seen each other.  We talked for a while off to the side and he explained how the valet was delaying his car being pulled up so that he would either tip more, or so the valet’s friends could show up and get photos. We laughed about the old days, how this never used to happen to us, how we couldn’t get a cab back then if we tried. Then he said, ‘I gotta get my car, get my family out of here. You mind hanging for a sec?’

I did, keeping a watchful eye while he was figuring things out. When the valet began to figure themselves out (money and a lot of pressuring does that to a valet) my old friend looked at me and said…’You must be up to so much now. What are you up to? What you got going?’

I had no answer.

This is a blog post I thought I would never write because it’s embarrassing, but lessons are found in strange places.
I told him about my career, that I was putting martial art on hold, and focusing on different directions.
He asked again, ‘Bro, what do you got going on? What are you working on?’
Again – nothing.  Then, again, he asked…again, I had nothing.
At that point I noticed the car situation changing, his was pulling up, and I changed the subject.
It seemed he was fishing, seeing if there was something he could help with, seeing if I would ask him for help.

‘You got a business card, where I can link up with you?’  Nope, nothing.
We walked to the car and he said, ‘I gotta handle this and you gotta have more going on. When you do holla at me or my manager and let’s see if we can connect.’

And with that, I walked away – head down, back home – back to realizing that I had little ‘going on’.  Like having a Ferrari and downgrading to a Pinto, I was in a state of complete shock that I had lost focus, lost sight, lost a part of me somewhere. And, I didn’t know where.

I realized – something had to change – and it did.

Within 2 weeks I had finished UNDO, the OPEN IN CASE OF LIFE e-book..

Within 2 weeks I had finished UNDO, the OPEN IN CASE OF LIFE e-book, built the original website, took a hiatus from teaching Pramek.  It’ll be there when I get back – people’s need to defend themselves isn’t going anywhere.  Weeks after, my girlfriend watching me struggle to get back to ‘where I was’…our relationship fell apart. I was focused and the problems we had were amplified by my focus as I saw everything so clearly.  This included things about her I had been ignoring because somewhere along the line I had allowed things in my life I never would have in the past.  I was reaching deep in myself to bring me back and she was reaching in another direction.  Soon she moved out. A month later I was scheduling interviews on podcasts, a month after that, a month after that.

Everyone loses what they have that makes them special at some point. They mistake the map with the big X.

So, why am I telling you this?

Because…everyone loses what they have that makes them special at some point. They mistake the map with the big X.

Sometimes it takes someone looking down on you to make you realize you shouldn’t be looked down on.  It may be someone from highschool, an ex, or in my case, 2Chainz, but someone will look down on you and make you realize, ‘I lost something somewhere in the past – and I need to get it back.’  When you are an entrepreneur, someone who is driven by the side hustle and the accomplishment it brings, to be looked down upon is the greatest punch someone can take.  You either get back up, or you stay down.

So, what in your life is looking down on you?

What did you lose somewhere?

Can you backtrack and find it, or do you need to create a new one?

Tit may never read this blog, but I’ll send it to him, with the two new books…and thank you for kicking me in the ass.

I needed it, and life, in the form of a world famous rapper that used to be my student, gave it to me.